Home Gaming Why Music is Vital in Video Gaming

The scene of video gaming today is totally different from what we had decades ago. With the non-stop evolution of technology, players now enjoy a more engaging experience. These high-tech developments include online streaming services which make games more accessible, enhanced graphics, and notably, improved sounds.

For a video game to provide full immersion, it needs to appeal to some human senses, from touch to sight and sound. In terms of touch, vibrating controllers and chairs that shake when moving or colliding already offer this. As for sight, visuals keep getting better by the day, and now the experience is further enhanced with recent tech such as VR headsets and curved smart TVs.

While these factors are important, the immersive experience is incomplete without sounds. The audio in a game has the ability to be a maker or breaker. With it, you can be taken into another dimension where you’ll get lost in that virtual world.

The Influence of Sound on Gaming

If you’re a movie lover, then you definitely know how filmmakers invest so much into soundtracks. The same happens with video games. When they are created, the budget already has a part channeled into developing some top audio tracks.

In Hollywood, the sort of music played already gives viewers a clue about what could occur. They also invoke the emotions of the viewer. There are situations in which the movie intends you to feel fear for the main character, and ups the tempo of the track.

The gaming industry adopts the same concept, as music lets players know what to expect. For instance, when playing Splinter Cell: Chaos Theory, the audio played intensifies the suspense you feel. The same occurs in sports categories like FIFA where the sound of fans gets even louder when in need of a goal and injury time is approaching.

Exploring the in-depth effect of music on games

Tracks in your favorite gaming titles are there for various reasons, some of which are even subtle. So as to realize how important music is when playing, turn the volume down or mute the game next time. You will see that with no audio tracks, it’s not as lively nor does it evoke your emotions compared to when playing with sounds turned on. The importance of music in gaming is explored in more detail below.

1. It Helps to Maintain Focus

Whether it’s a battle royale genre or a more laid-back arcade one, using the proper music in the background can help in keeping you focused. At times when you’re about to accomplish a mission or nearing the end of a level, in-game songs tend to get more intensified and dramatic. Such a feature is helpful in getting you glued to the screen and keeping your attention fixed on the task at hand.

Playing with headphones on also keeps you away from distraction and makes you aware of all that is going on within the game. At Desktime it is even recommended that you listen to these tracks at work.

2. It Sets the Mood for the Theme of the Game

Your favorite titles come with several themes just like movies. When watching the Walking Dead series, most soundtracks are along the lines of thrillers or evoke apprehension. They tend to increase the level of suspense you feel. The same goes for games. When playing one within the action genre, upbeat tracks are typically played to hype up the main character.

If you’re familiar with online games such as slots, you will realize the background music matches the theme of the title you’re playing. At VegasSlotsOnline.com, there are multiple slots offered by top-tier casino sites. As these operators partner with several gaming providers, players are able to try out a large range of titles with different themes and amazing soundtracks. You can even play for free as most of them feature demo versions. And when you are ready to play, you can claim a generous welcome bonus and read unbiased reviews on each operator.

3. Music Creates a Sense of Atmosphere

What’s video gaming without total immersion? Audio effects are very important in offering an immersive experience. They give you that feeling of being present and a part of the virtual world. For instance, while playing with headphones in a football game like eFootball or FIFA, the sound of the fans in the stadium makes you feel as if you are really there.

Players who prefer FPS titles like Call of Duty or Battlefield also enjoy regular moments of engagement in war. It is not uncommon to see reviews of gamers, admitting that soundtracks made them feel as though they were active soldiers in the war. During dramatic moments in these games, more intense sounds come up which ramp up the tension.

4. It Makes the Game More Entertaining

Here at Ensoquartet, music is considered the greatest hobby due to how entertaining it is. The same factor is also why it is used in many popular titles. Those who enjoy playing the Grand Theft Auto series understand how easy it is to switch between radio stations. Many of us cruise in our vehicles with an audio player, and this can also be replicated within the game.

Similarly, music is used in the sports genre before gameplay to keep up the fun. In some football games, it is even possible to check out the available tracks. The 2014 version of FIFA football is still recognized for having many great songs. Some notable ones include Alive by Empire of the Sun, Love Me Again by John Newman, and On Our Way by Royal Concept among so many others.

The entire gaming experience is completed with the aid of music. It helps to drive home the aim of your favorite titles, ensures you are absorbed in missions that lie ahead and also keeps you entertained. While gaming developers implement these features within their productions, players can also get the best of music in games by investing in a surround system and quality headphones. 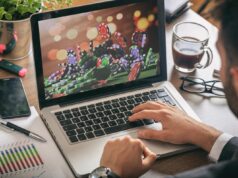 What Is It Really Like to Work in the Igaming Industry