2Pac is considered one of the most influential rappers of all time, with over 20 million albums sold worldwide. His life and music spans decades, but his legacy lives on today through songs like “Dear Mama” and “California Love.”

Tupac Amaru Shakur was an American rapper and actor. A prolific artist, Shakur is best known for his solo career, as well as his roles in Juice, Gridlock’d, Above the Rim, and Bullet.

2Pac became a sad emblem of the toll gangsta rap’s lifestyle had on urban Black America, and the unexpected martyr of gangsta rap. He began out as a second-string rapper and dancer for Digital Underground, joining only after they had already scored their greatest success. It didn’t seem that he would emerge as one of the defining rappers of the ’90s at the start of his career.

But in 1991, he released 2Pacalypse Now, an acclaimed first album, and followed it up with a star-making performance in the ghetto thriller Juice. Over the course of a year, his profile grew significantly, thanks in part to his run-ins with the police as well as his music. By 1994, 2Pac had surpassed Snoop Dogg as the most divisive figure in rap, having spent almost as much time in jail as he had in the studio.

His growing outlaw mythos helped his 1995 album Me Against the World reach number one on the charts, but it also exposed him to exploitation accusations. He could be sensitive as well as violent, as the song “Dear Mama” demonstrated. 2Pac signed with Death Row Records in late 1995, and in the spring of 1996, he released the double-album All Eyez on Me, which, together with the smash song “California Love,” cemented his celebrity status.

Regrettably, the gangster lifestyle he depicted in his songs eventually took over his real life. While his fame was at an all-time high, he openly feuded with his competitor, the Notorious B.I.G., and tensions within Death Row were rising. Despite these disagreements, 2Pac’s drive-by shooting in September 1996 came as a complete surprise. Six days after the shooting, 2Pac died on September 13, leaving behind a legacy that was as much about his lifestyle as it was about his music.

Tupac Amaru Shakur was born in New York City, the son of two Black Panthers. His parents divorced before he was born, and his mother spent most of his youth moving him and his sister across the nation. Despite the fact that his family was often poor, Shakur got accepted into the renowned Baltimore School of the Arts as a youngster. His artistic side blossomed at the school, and he started composing raps and performing.

His family relocated to Marin City, California, when he was 17 years old, before he could graduate. He lived on the streets for the next several years and started hustling. He eventually met Shock-G, the Digital Underground’s commander. He was hired as a dancer and roadie by the Oakland-based crew, and while on the road with them, he worked on his own songs.

On the group’s spring 1991 album, This Is an EP Release, 2Pac made his first recorded appearance, and he also featured on their second album, Sons of the P. 2Pacalypse Now, his first album, was released the following year. With “Brenda’s Got a Baby” reaching the R&B Top 30 and the album becoming gold, the album became a word-of-mouth success. However, the album’s harsh and explicit lyrics drew condemnation from moral watchdogs, and Vice-President Dan Quayle criticized it during his re-election campaign that year.

Shakur’s popularity soared after his critically praised performance in Ernest Dickerson’s Juice, which led to a starring part in John Singleton’s Poetic Justice the following year. By the time the movie was released, 2Pac had released his second album, Strictly 4 My N.I.G.G.A.Z., which went platinum and charted at number four on the R&B charts, as well as the Top Ten R&B hit singles “I Get Around” and “Keep Ya Head Up,” which charted at number 11 and 12 on the pop charts, respectively. He appeared in the basketball film Above the Rim in late 1993.

Despite the fact that Shakur was selling albums and receiving acclaim for his music and acting, he started having major run-ins with the law; he had no previous arrests. He was arrested in 1992 after being engaged in a brawl that resulted in the death of a six-year-old bystander due to a stray gunshot; the charges were subsequently dropped. In the summer of 1993, 2Pac attacked director Allen Hughes while shooting Menace II Society; he was sentenced to 15 days in prison in early 1994.

Following two more high-profile instances, the sentence was handed out. He was accused of shooting two off-duty police officers in Atlanta in October 1993. The accusations were dropped, but he and two members of his entourage were accused with sexually assaulting a female fan the following month. He was convicted of sexual assault in 1994. He was shot by a pair of muggers in the foyer of a New York City recording studio the day after the judgment was announced. On February 7, 1995, Shakur was sentenced to four and a half years in jail.

Shakur started serving his term later that month. When his third album, Me Against the World, was released in March, he was still in prison. The song reached number one on the charts, making 2Pac the first artist to have a number one hit while serving a jail term. He accused the Notorious B.I.G., Puffy Combs, Andre Harrell, and his own close friend Randy “Stretch” Walker of arranging his New York shooting while he was in jail.

Suge Knight, the president of Death Row Records, negotiated for Shakur’s release and paid a 1.4 million dollar bail, allowing him to spend just eight months of his sentence. 2Pac was out of jail by the end of the year and working on his Death Row debut. Walker was murdered in a gangland-style murder in Queens on November 30, 1995, one year after the New York shooting.

All Eyez on Me, 2Pac’s Death Row debut, was hip-first hop’s double disc of original content. It debuted at number one in February and was certified quintuple platinum by the following autumn. Despite having a smash album and a huge song in the form of the Dr. Dre duet “California Love,” Shakur was becoming tired with hip-hop and began to focus on acting. During the summer of 1996, he finished two films: Bullet, a thriller, and Gridlock’d, a dark comedy starring Tim Roth. He also recorded for Death Row, which soon fell apart without Dre as the house producer, and Knight got actively engaged in criminal activities.

There were rumors that Shakur was contemplating quitting Death Row, and perhaps even rap, at the time of his death in September 1996. None of these ideas can be proven, just as the motives for his shooting remain unknown. Shakur was shot while traveling in the passenger seat of Knight’s vehicle on the Las Vegas strip. They had just watched the Mike Tyson-Bruce Seldon fight at the MGM Grand, and 2Pac got into a brawl with an unidentified young Black guy as they were exiting the hotel.

The case was never solved, although it has been claimed that this was the reason for the drive-by shooting, as well as Knight’s connections to the mafia and gangs; another idea is that the Notorious B.I.G. orchestrated the killing in revenge for 2Pac’s remarks that he slept with Biggie’s wife. Shakur was shot four times and admitted to the University of Nevada Medical Center in each case. He died of his wounds six days later.

Hundreds of mourners flocked to the hospital after learning of his death, and the whole entertainment business grieved his loss, particularly because no leads had been found in the case. Many people thought that his death would put an end to the much-publicized East Coast/West Coast hip-hop rivalry and reduce Black-on-Black violence.

2Pac was a highly influential and prolific American rapper, actor and poet. He is best known for his solo career as well as his work with the hip hop group Outlawz. Shakur released five albums during his lifetime, all of which reached #1 on the Billboard 200 chart while All Eyez on Me became the sixth album in history to receive diamond certification by the Recording Industry Association of America (RIAA). Reference: tupac shakur daughter.

What is Tupacs best song?

Tupacs best song is his most famous song, Hail Mary.

What was Tupac famous song?

What was Tupac before rap?

Tupac was a legendary rapper in the 90s. 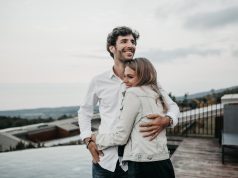 10 Surprising Signs Your Boyfriend May Be Cheating 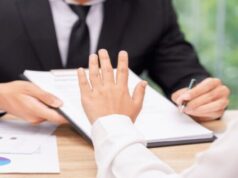 Should I Agree to First Offer for Settlement?- Some Facts Revealed